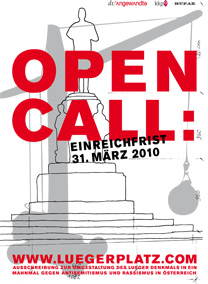 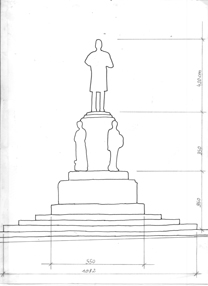 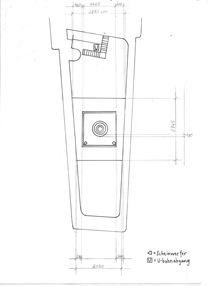 The statue to former mayor Karl Lueger (1897-1910) was unveiled in 1926 and dominates a square in the centre of Vienna which also bears his name.

The statue in honour of Karl Lueger glorifies him as politician and mayor. It conceals the information that the was elected Mayor of Vienna because of his populist anti-Semitic agitation. Later Adolf Hitler expressed his admiration for him, devoting a number of pages of “Mein Kampf” to him. Despite decades of discussion, numerous interventions and re-naming petitions the statue still stands there in its full glory.

As far as Austria is concerned, anti-Semitism is not a thing of the past and it almost always occurs coupled with racism. If one compares Lueger’s rhetoric and choice of vocabulary with that of present-day politicians, numerous congruences become apparent. For example, who said: “Greater Vienna cannot be allowed to become Greater Jerusalem”?

Politicians who play on anti-Semitism should not be honoured with statues. The fact that it has happened in the past should not be concealed. For this reason the work group demands that the Vienna statue of former mayor Lueger should not simply be removed, it should be re-structured into a monument against anti-Semitism and racism in Austria.

The Monument Against Anti-Semitism and Racism in Austria will thematise Karl Lueger as a historical person. The monument to be located in Lueger Platz should stand for opposition to any form of anti-Semitic and racist agitation. This is understood to include historical circumstances as well as the current situation as appropriate subject matter.

or by mail to:

Submitted by (individual or collective):

The aim is to make the project known to as wide a public as possible and, in the process, to find supporters and patrons in various areas as well as to constitute a jury. The jury will consist of experts who will generate an increased media awareness and select the proposal that is to be realised. The jury session will take place in April 2010. Thereafter the work group and its supporters will work towards realising the award-winning proposal.

By taking part in the OPEN CALL competition to redesign the Lueger Platz / statue in Vienna the project proposals will be presented to a wide public. The submitted proposals will be published on our website (if desired), discussed by the jury and also included in the project catalogue. In addition an exhibition is being planned for 2010 which will include all proposals.